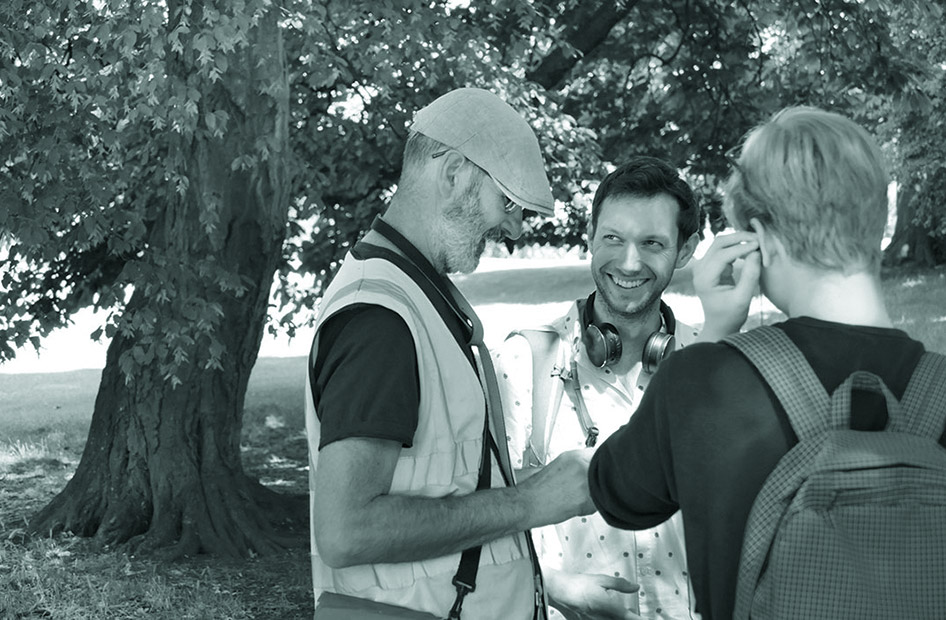 Who is behind Echoes?

If you’ve ever wondered what things look like behind the scenes at ECHOES, wonder no more. The following is an interview with ECHOES founder Josh Kopeček. Josh lives in Devon with his family and is a musician, software developer, and location & audio specialist. A passion for ethics and environment is at the heart of his personal and business beliefs. This is reflected in the way ECHOES is run by Josh and makes for an interesting take on running a tech business.

What does an average day look like for you?

I could be working at home on my laptop, answering phone calls or speaking to members of our community. That includes working on the ECHOES platform and technology, working with our designer, talking with our community ninja about the issues that people are having or things that they would like from our platform. I could equally be trying a new soundwalk or audio tour somewhere and testing new features. It might be a lot of things – it might just be walking in the park!

What’s the weirdest place you’ve found yourself on a working day?

I find trains quite weird! When you’re working on a train travelling somewhere and there are eight other people crammed into the same space and they’re watching you work – it’s like your whole office has been transported into a very public place.

What about Music for Trees?

I normally associate going up to London with a very polluted busy city, being jostled about, and having to rush from place to place. With the Music for Trees project, a lot of our meetings were spent walking in and around Regents Park and chatting, which is possibly the best working environment you could imagine! You can find out more about the Music for Trees project here.

You have a PhD in music composition. How do you balance your creative life with your current coding-based one?

ECHOES has ended up being more of a business endeavour rather than a creative endeavour. Creativity is really what drove me to set up the platform in the first place and that’s what drives my interest in locative audio as well. The platform itself is designed with creativity in mind,  it’s for creating interesting locative audio experiences, it’s not just for creating audio tours. My interest in music and sound led me to want to create a platform which allowed you to link location and sound together and unlock those possibilities. My driving creative interest in locative audio is in the link between the built or natural environment and composed or created sound – not necessarily just an audio tour.

Do you get creative satisfaction from enabling other people to…

The ECHOES platform is there to enable other people to create interesting experiences and my own interest in creating those sorts of experiences is what led me to create the platform in the first place.

How big is ECHOES?

Sorry, I mean, how many people work for ECHOES?

We’re not just the team that builds the ECHOES app, it’s really the community who write the content on the platform which makes ECHOES what it is – the technology is just an enabler for the medium of locative audio, or soundwalks, whatever you want to call them, so the real value the real core members of ECHOES are the people creating all of those amazing experiences. The working team inside ECHOES is approximately 4, give or take – we all work part-time so we have a designer, developer, a community ninja and myself and from that small team (I mean, when we need more people we take on more people but generally they’re freelance) so that small team leads ECHOES and being a small team we can generally be more agile and make decisions more easily. We don’t really have any plans for expansion but if the platform expands and gets bigger our team might get bigger but it’s always been my thinking that we need people that support the core beliefs of ECHOES rather than just expansion for growth’s sake.

Why is it so important to you to give access to ECHOES for free?

You shouldn’t limit anyone from having access to good tools, and creativity is something which is absolutely unlinked to financial freedom. You can be very talented and very poor, or very rich and very untalented! That inverse relationship is the kind of default that we assume with creativity, the poor artist. Obviously we need to make ends meet with ECHOES but making it free is something that is at the core of our beliefs. We need to support people who are making interesting things, which is a dichotomy because ECHOES is also commercial endeavour, meaning we need to make money. At the same time, the people we want to support are those who need it for free the most, which is why I have always supported the platform being free.

So if ECHOES is free and you don’t have any advertising, how do you pay the bills?

The Music for Trees project, which is a locative audio experience created in Regent’s Park in London, which was in collaboration with The Royal Parks and the Royal Academy of Music. We had composers from the Royal Academy create sounds for different sets of trees in Regents Park. Each tree was associated with a small, short composition and where those trees overlapped or were together in groups than those created overlapping musical compositions as you walk through the park. For me, that was the perfect application of the technology and a really beautiful musical piece.

We will offer a lot of features that we have wanted to offer which support the more commercial aspects of ECHOES – guided audio tours, walking audio tours, things which are more geared towards tourism would be supported well within these future features of ECHOES. We would support tours which are giving local information about a place and are more geared towards visiting, with great features and memberships. This will be to help us support the growth of the platform so we can still offer great features for free and also those people who want more from ECHOES are getting what they want without us sacrificing our core values.

What is ECHOES going to look like in the future?

The huge thing we are investigating at the moment is 3D audio. This isn’t going to change ECHOES at all, it’s more growth in a particular direction. I would like to see more exploitation between sound and location – to me, there have been a handful of people who have really explored this. There are some really amazing members of our community who have truly got the concept of linking location with sound and also been able to realise the possibilities. There’s currently no canon of work there that explores location-specific composition or location-specific sound pieces in full from every possible angle – there’s so much yet to be created. There’s a huge scope for future works, for future masterpieces of locative audio. I’m waiting for the explosion!

Love what we do? ➔ become our Open Collective backer﻿